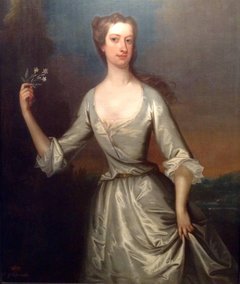 I suppose I can appreciate paintings as well as the next person of good taste. I’ve worked with enough painters to know their paintings have to be hung properly, (and after trying to arrange a display produced by a number of disparate artists, you begin to realise that some painters ought to be hanged properly as well.) Still they have their struggles to support themselves through their art just as I have mine. It is as well not to judge too harshly.

Yet there are painters who have made it to the top through their own efforts. In this context I’d mention Charlette Dillor. I know she gets mocked behind her back; mainly, I suspect, because she has kept the Woodpin village accent of her youth. If forced I can fall back on the street argot I learned as a child in the gutters of Port Naain, but the pressures of my calling meant I dropped that long ago and now, in mellifluous tones and with perfect diction, I read my work to admiring listeners.

The other problem which one discovers when one tries to assess Charlette’s work is that she is successful with the buying public. This always dooms the artist. When she bought a carriage, critics made snide comments along the lines that they hoped her horses could draw better than she could.

Yet she has been successful at a number of levels. Some of her success is due to talent, some to blind chance and some to her determination to succeed. I remember her when she was still a student. Courtesy insists that I do not mention at this point whether I was older or younger than her when we first met. Still she was doing promising work even then, but between ourselves it was somewhat wishy-washy. She seemed to work in pastel shades and the result was always muted and restrained.

Then she became the pupil of the great Baltar. He was long past his prime, and had reached the age when a pupil spent more time preparing soup and finding his misplaced glasses and ear-trumpet than she did avoiding unwanted amorous advances. Still when he died of extreme old age a couple of years later, she inherited his studio and all his workbooks. It was in these that she discovered the source of her fortune. Baltar had been a great hoarder, and he had kept not merely the workbooks of his predecessor, but the workbooks of his predecessor’s predecessor. It was in them she found a nugget of knowledge that was the basis of her fortune.

Are you familiar with Blue Clement, the little flower blonde maidens like to plait into their hair? Other than being vaguely aware that the bulb is poisonous, most folk know little more.

But out on the Red Steppe where the flower grows wild, Scar shamen crush a bulb of Blue Clement, drain off the liquid, dry the shattered fibres of the bulb that remains and burn the fibres in their medicine tent. They sit in the smoke and see visions and dream dreams. It is apparently relatively safe. Pondering this, I might go so far as to say that if you live a life as full of terror and danger as that of a Scar shaman, smoking strange herbs qualifies as a peaceful recreation. Now when you crush the bulb you get a blue liquid. It is far more powerful than the fibre; not only does it stain the mouth blue but it is said to give wild dreams and eventually walking delusions if used too much.

Yet in the margins of an artist’s workbook, written in the precise hand of a man a century dead, was a recipe for taking the bulb of Blue Clement and producing a blue pigment.

On reading this, Charlette decided to experiment. Being thrifty by nature and impecunious by virtue of her art, she put the word out that she wanted to paint a blonde haired maiden with Blue Clement in her hair. After a month or so she found a model who also had a source of Blue Clement flowers. Whilst painting her, Charlette casually asked where the girl had got the flowers and discovered that there was some growing wild in a garden of one of the bigger houses in Dilbrook. That night, armed with a trowel, (and a carving knife because a girl cannot be too careful) Charlette made her way to Dilbrook and found the weak point in the hedge her informant had mentioned. She crawled through, pondering ruefully that what seems an entirely sensible means of access when you are ten becomes beset with obstacles when you reach twenty.

Still she acquired a bulb and that very night she followed the procedure suggested in the margin of the workbook. She first crushed the bulb and was left with a small pile of dried fibres and a phial of very dark blue liquid. Then as recommended she allowed the liquid to simmer and into it dropped a few grains of salt. Eventually she was left with a powdery blue and several large colourless crystals. It appeared that something in the liquid had crystallised out on the salt crystals. These crystals she put to one side and greatly daring she added a drop of medium to a pinch of the pigment. With the paint thus produced she went to her painting of the maiden and used the paint to colour the flowers in the girl’s hair. She was utterly stunned by the result. The blue was vibrant; it was so full of life it virtually throbbed. Encouraged by this she used just a hint of the paint to highlight the blue in the child’s eyes. As she stepped back to see the painting properly it seemed that the eyes were following her.

Obviously folk know the rest of the story. The painting was exhibited, sold for a fabulous sum and Charlette’s reputation was made. Fame and fortune flowed her way.

In reality matters were more nuanced. Charlette still had to keep producing her blue pigment, and this she did in great secrecy because she didn’t want other artists stealing the idea.

So from now on, as she crossed the city she was always on the lookout for Blue Clement. She dare not grow the flower herself lest somebody guessed her secret. But she would creep into the gardens and help herself to a bulb or two. She found several suitable gardens and carefully managed things so that she never noticeably depleted the supply.

At the same time I have mentioned before that she thrifty and impecunious. She discovered that in Port Naain there are various ‘philosophical’ clubs where the members gather occasionally to breathe in the smoke of the crushed bulb. They were always happy to buy whatever she had to sell, at a high price.

Finally the crystals; Charlette discovered that they had to be stored in a vial under water lest they sublimed away to vapour in a warm room. The effect of the crystals was even more profound than that which one achieved by burning the crushed fibres. Connoisseurs would pay over a month’s wages for just one crystal.

Slowly and secretively, Charlette became wealthy enough to be able to weather the times when commissions were slow in coming. At one point I thought there might be a scandal. Somebody left three crystals on the pillow of an elderly relative. The person slept the clock round before dying in their sleep. The Watch was called and admitted themselves baffled. After all the evidence had entirely vanished save for three grains of salt. They retreated and followed their normal policy in these cases. They wait until the will is read and then after the brief flurry of backstabbing and betrayals, they step in to arrest the survivors for far more easily solved crimes.

The career of Charlette Dillor goes from strength to strength. Indeed judging by those lesser poetasters who laud her with sycophantic verses one who think she was one of the great artists, rather than just a very fine one. The next generation will look at her body of work and decide whether or not she warrants including in the greats.

Still one word of advice, if you are wealthy enough to purchase one of her paintings, be careful. If it contains a lot of blue pigment you might be well advised not to hang it in a warm bedroom.

In the excitement of the times it occurs to me that you, dear reader, might not have noticed the arrival of ‘A licence to print money’ on the metaphorical bookshelves.

17 thoughts on “Looked at in a certain light”