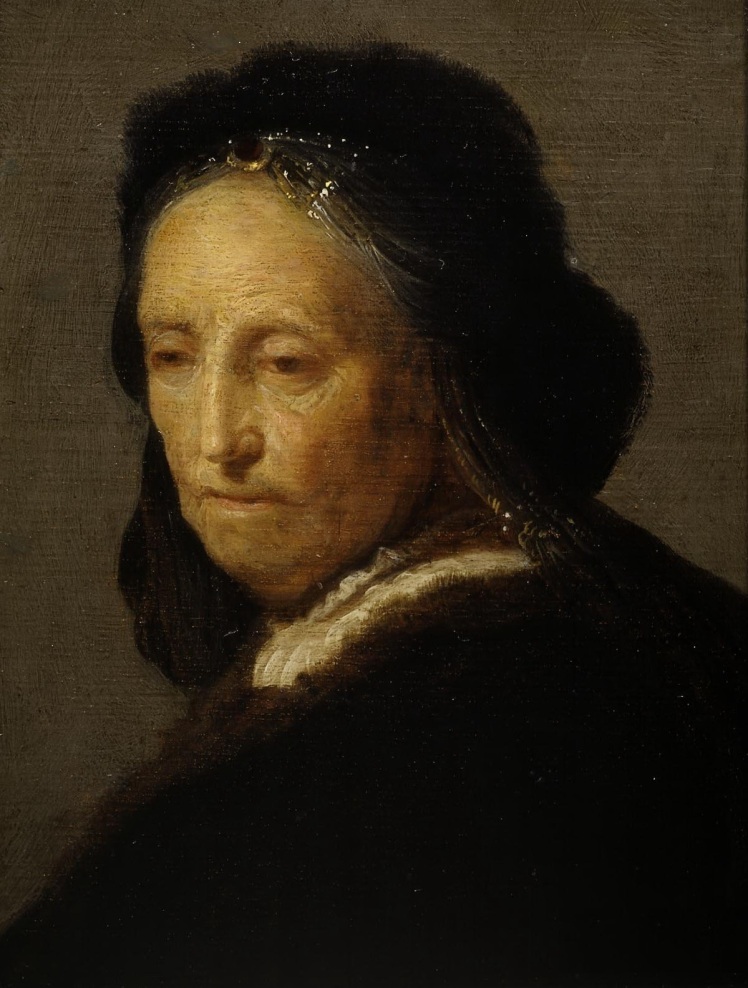 It is strange how something can look entirely different when seen from a unusual angle. Then suddenly the perspective resolves itself and you finally understand what you’re looking at.

This happened to me as I walked down Rastacallan lane. If you know it, you’ll know that the terrace to the left is set down below the level of the lane and there are steps down to each front door. They’re not steep steps, and each step is large enough for children to play Slow-go with pebbles on a board scratched onto the step. Anyway I glanced down toward the terrace as I walked down the lane. There was a strange shape sprawled across one set of steps. I stared at it briefly then realised it was an elderly lady who had tripped and fallen so her legs were higher than her head and her shopping was scattered across the stones.

Immediately I pulled myself together, made my way down to her. Mutt who was with me at the time hung back a little. This was probably wise; I don’t think she could have coped with him.

I asked what was obviously a stupid question “Excuse me madam, are you all right?” I think we ask these questions because we fear we might have jumped to an erroneous conclusion. Possibly she was a member of some flagellant order who persisted in mortification of the flesh, even lying down to rest in uncomfortable postures.

She looked up at me, and was obviously in extreme discomfort. “I think I’ve broken my wrist.”
I glanced at her arm. I thought she’d broken her wrist as well. I bent down and assisted her into a slightly more dignified sitting position. It was obvious that she was in considerable pain. She looked frail and her complexion was almost grey. From above me on the lane came a voice.

I glanced up to see a couple standing at the top of the steps. The man immediately attracted attention. He was not merely big, he was impressively big. From where I stood most of it seemed to be muscle or scar tissue. A real thug’s thug if you follow me?

“Well I think we could do with a hand, she’s broken her wrist.” At this point his female companion stepped round out of his shadow and I could see her properly for the first time. “And I think she’d be happier to have a lady present as well.”

The couple came down the steps and joined us. I could place them now. He was a thug, a hired bully, and she was his ‘armourer’. There was a time when this became popular. The Watch started stopping hooligans in the street and if they were wearing too many concealed weapons, they’d arrest them. So the more intelligent and socially aware ruffians started having their weaponry carried by a woman who would accompany them. The Watch could have started searching women as well but I suspect they felt they’d already achieved something by divesting the wild roaring boys of most of their weaponry.

As you can imagine the rising star in the criminal firmament would be accompanied by a young lady who would be beautiful in a way that is only possible in the presence of easy money, lavishly spent. In an elegant bag hanging from her shoulder she would have concealed a fighting knife or perhaps a set of brass knuckles.

In the case of the lady present, she might well have once fallen into that category, but both she and the man had grown old together. He carried his scars on his face; I suspect hers were deeper and less obviously visible. Instead of an elegant bag she carried the sort of bag you see tradesmen carry their tools in. The top wasn’t fastened and I noticed a battle axe poking out. Still she knelt down beside the older woman and gently looked at the injuries.

“I think you’re going to need a bone setter or somebody to splint that wrist.”

The older woman went a little paler. I suspected that she didn’t have that sort of money. Before she could say anything, the younger woman asked, “Have you a husband, any family?”

“I’m a widow. I have a daughter in service.” Then with a note of pride she added, “She’s a house keeper.”

The girl had done well for herself. The younger woman smiled. “Well I’m Athica. You need something doing with the wrist, and I doubt you can afford a doctor. So we’ll get you to the Order of the Illuminated Seditionists.”

I turned to Mutt. “Nip and find us a sedan chair please.”

Mutt turned his gaze from the lady. “Ain’t got no money. They’ll not come here without cash in advance.”

The big man leaned down and looked Mutt in the face. “You find a sedan chair, get their number and tell them Mad Jez is not going to be happy with them if they don’t come. Got that?”

“Then why you still here?”

Mutt departed at speed. Jez watched him depart. “I got to go, but if you get any hassle, send the kid for me.” With that he picked up the bag of assorted weaponry. “I’ll take this with me.”

Athica looked up from where she was collecting up the elderly lady’s groceries. “I’ll lock up and take the key to her daughter.”

Jez took this information dispassionately. “Stay here til the chair comes, make sure they don’t try anything silly, then this young chap can make sure they get her to the Seditionists.” With that, he left. I’m sure it grew warmer as he stopped blotting out the sun.

In a small voice the elderly woman said, “I’ve got no money for a chair. I get by on what my daughter gives me. She’s a good girl.”

I smiled at her. “It sounds as if you’ve got a daughter to be proud of.”

I wanted to keep her talking, rather than brooding. I wasn’t sure how old she was but once you get to a certain age breaks take a long time to heal and can be a death sentence. I couldn’t see how her daughter could nurse her and work to feed her.

Athica asked, “How old are you mother?”

A patron is still a patron, even if they’re not paying you. Almost instinctively I added, “And could pass for thirty in a good light.”

“Flarching sod, it’d have to be pitch dark and raining.”
That was good; there was still some spirit there. Then she added, “This doesn’t look good does it?”

We were spared having to answer by the arrival of Mutt with the sedan chair. The front man touched his hat to Athica. “Boy said your Jez wanted a chair madam.”

Athica gestured to the lady. “She needs to get to the Order of the Illuminated Seditionists.”

Athica dropped coins into the front man’s hand. He touched his hat again. “Right lady; let’s get you into the chair.”

Athica and I gingerly helped her to her feet and the front man held the door open. Athica stepped round and opened the other door and between us we helped the older lady take a seat.
I rearranged the cushions to make sure she was held in place and was comfortable. As I stepped back I said to both chair men, “Remember at the very least she’s got a broken wrist.”

The back man grinned through broken teeth. “We’ll be so gentle she’ll think she’s in bed and fall asleep.”

Athica had been holding a whispered conversation with the old lady. She stepped back. “Don’t worry, your daughter will know within the hour and everything’s going to be fine.”

Athica disappeared into the house and Mutt and I set off after the chair. I was a little troubled over the lady’s future. It looked bleak. She was going to need help around the house for a while; at the very least it could mean a loss of her independence. Somebody once commented that ‘all problems are soluble in money’. When it comes to getting money I’m a poet. I glanced down at Mutt. He looked unusually sombre, it struck me that he felt the old lady’s chances were not good. The advantage of being a poet is that you are expected to act irresponsibly. “Mutt,” I said quietly. Our friend in the sedan chair needs a source of income so she can have help around the house until she’s recovered.”

Mutt looked up, “Yeah.”
He looked thoughtful, chewing his bottom lip a little as we walked along. Then suddenly, without warning, he turned and ran back the way we had come. I continued walking alongside the chair under we reached the premises of the Order. There they summoned one of their brothers who had medical training. He took the elderly lady into a quiet room and as gently as possible examined her wrist. He gave her two large glasses of spirit, and with me and two brothers holding her, he put everything back into place and splinted the wrist. We left her to rest and stepped out of the room. Silently the brother handed me a glass of the spirit as well. I drank it off in one, feeling better for it.

As I was leaving I met the lady’s daughter. She was a brisk young woman of indeterminate age, courteous, efficient, and no doubt a credit to her mother. She thanked me, but I felt at times she had some slight reservations about me. I have long ago given up being surprised at this; the term ‘louche poet’ has much to answer for. There again, as an aside, why is it nobody talks about louche painters or louche essayists? Is it only poets who have reached the necessary level of sordid sophistication to achieve loucheness?

Still, I put it down to the shock of her mother’s accident. I made my way home. Shena and Mutt were already eating. Shena took my meal off the top of the stove where it had been keeping warm and placed it on the table. Even as I sat down to eat Mutt was already finished, polishing his plate with a round of bread.

“Have you any ideas as to how we can help the Lady?” I asked him.

He stood up, “Oh I sorted it.”
With those words he left, doubtless on an errand of doubtful legality. I looked at Shena, “So what has he done?”
She sighed gently. “He had a word with Athica. Pointed out that it was a respectable house owned by a respectable lady and the last place anybody would suspect. So Athica and Jez are going to use it to store stolen goods; only the small valuable stuff. Every day Athica can turn up with a basket of goodies for the old lady and help her around the house. Every day, without risk of suspicion, she can fetch stuff in, hidden in the basket, or take it out the same way. With Athica and the old woman sharing the storage fee, they’ll doubtless do all right.”
Things were starting to drop into place. “And Athica has told the daughter about this?”

“Mutt said she was going to.”

“No wonder the daughter was looking strangely at me at times.”

As always I continue my quest to bring you improving literature. Have you considered investing a mere £0.99 in

As an American reviewer commented
“Tallis Steelyard is a poet with champagne tastes on a beer budget. Chased out of town, and into the bay, by irate creditors, he’s rescued by a passing boat and given the opportunity to become a part of the crew. Thereafter follow a series of adventures, many funny, before Tallis can finally return home again.

I thoroughly enjoyed the story and recommend it highly!

20 thoughts on “ A matter of perspective.”