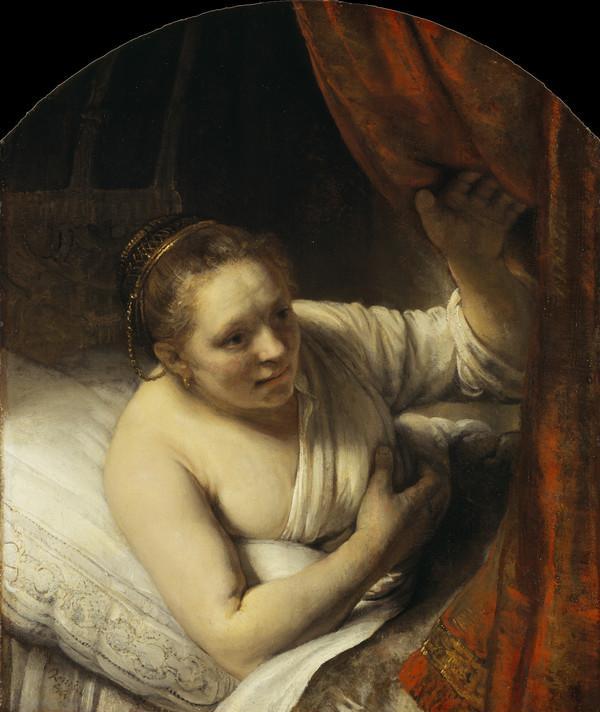 I find that some people end up taking what life offers and just make the best of it. Others, realising that they have been mugged by life, grab it firmly by the throat, slam it up against a wall and go through its pockets as a way of making sure they get their fair share. To be honest, either way works.

Irmhild Clogchipper was, in spite of the name she somehow acquired on marriage, exceedingly happy. Her husband was a successful merchant and general trader, and together they had four children. Their oldest was their son Rizalan, and then came the two daughters, Marisol and Chesini. Finally they were blessed with a fourth child, their youngest son, Isko. Irmhild was in her forties where disaster struck and her husband, Ernst, disappeared.

Now when we say, ‘disappeared’ it sounds strangely neutral. It might be more appropriate to say that he ‘was disappeared.’ Irmhild got the full tale from one of her husband’s clerks. The man hadn’t been keen on talking to her, indeed he wasn’t happy even being seen with her, but finally Irmhild got the truth out of him. Ernst had been kidnapped by rivals and had been sold into slavery somewhere.

Irmhild gathered her family around her. Given that Rizalan was in his early twenties and had just finished his training in medicine, and the youngest, Isko, was in his late teens, she chaired a meeting of equals rather than attempted to tell them what to do.

Irmhild immediately contacted me. I was not told the details. Still she explained to me that Ernst had been kidnapped and to protect the family she wanted people present who could be witnesses, or more importantly for the long term, allies. So she had decided to entertain.

This has to be managed sensitively. If a lady’s husband goes missing and she then throws herself into a life of hedonistic excess, people will start to talk. So we made these events small, but with enough people there so that they didn’t become intimate. Somewhere between five and ten people would dine with her, there would be two or three poets, singers or other worthy folk to do the entertaining, and finally of course, there’d be a kitchen full of burly sedan chair bearers and similar.

Rizalan, the eldest, contemplated his future. He fully intended to practice medicine, but now he signed on as a surgeon and man-at-arms with the renowned Cavalier Qualan. He rode south into Partann that spring, and in subsequent campaigning seasons made his name with both sewing needle and sword. Every year, especially in the autumn, a steady trickle of wounded would make their painful way back from the south. Some who had families would convalesce with them, but for others, those who had nobody, life could be harder. Rizalan changed that. Rather than having to put up in cheap boarding houses or uncomfortable lodgings, Rizalan sent his patients home to his mother to recuperate.

The system worked remarkably well. Lonely young men would be greeted by Irmhild who happily mothered them. She even went so far as to hire two maids with nursing experience to ensure that her guests were properly cared for. Then as the young men recovered, they discovered they had acquired two young ladies willing to treat them with sisterly affection and young Isko who was happy to listen to all their stories. Soon the evening dinner parties grew larger and livelier.

The two girls, Marisol and Chesini, had always intended going into their father’s business. After his kidnapping they rescued what they could of it, and kept it going after a fashion by appointing a manager. They then gave themselves over to the dark arts of forensic accountancy. As their reputations grew they got more work. But as they worked, they kept an eye out for hints as to their father’s fate.

Now it has to be said that many accountants struggle to get access to the information they need. But few accountants, after a leisurely breakfast, can ask a couple of recuperating mercenary swordsmen whether they fancy a stroll into town, and perhaps have a coffee after she’s talked to a couple of clients. Thus these two young women built up a respectable practice, given their reputation for honesty, diligence, and being immune to the intimidation and bullying often found in the offices of major financial concerns.

Both ladies married, and not unreasonably ended up marrying admirers who had followed a career path which included being wounded, convalescing, acting as an accountant’s bodyguard, through to learning the skills necessary to becoming an accountant themselves.

As for Isko, he followed his natural leanings and went into the theatre. Not as an actor but as a playwright. He had the gift and his plays attracted quite a following.

I don’t want you to think the family dallied, but these investigations take time. It took three years to discover that it was the Fellstoop family who were behind the disappearance. It took far longer for the two sisters to forensically dissect the whole Fellstoop business empire, thus laying bare all the sleaze and chicanery. Finally they managed to penetrate the inner secrets of the family and discovered where their father was. The Fellstoops preferred to gloat over their defeated rivals rather than merely snigger at the graveside. On a small rocky islet in the middle of the southern ocean, the family had their enemies gathering the eggs of seabirds for pickling and sale. So not only were they forced to work in awful conditions, they added to the family prosperity as they did it.

At last the family was ready for action. Rizalan gathered together a band of comrades and chartered a ship. They sailed off to stage a rescue. The sisters put their evidence into a form which would be easily followed by both judge and jury, when it came to court, and Isko also started work on a play. He kept it secret, and gathered together a small group of thespians he could trust, and they staged clandestine rehearsals in his mother’s house.

Finally Rizalan returned home, his expedition a success. The released prisoners were kept together in a secret location. So secret that even Irmhild wasn’t sure where it was. And that night, the play was performed in public for the first time.

Not to put too fine a point on it, the theatre manager nearly wet himself when he saw the performance. He was terrified the theatre would be sued into bankruptcy. Marisol and Chesini calmed him by taking him through the evidence; after reading that he no longer feared court action, although felt assassination remained a threat.

Next night the theatre was packed, word had got out, and every seat was taken and people were sitting in the aisles. At the end of the production, to gasps, and a standing ovation, the rescued kidnap victims were brought onto the stage. Even as this was happening, Marisol and Chesini, with warrants issued by a magistrate earlier that afternoon, seized the Fellstoop business properties in the city, and impounded four ships as they were berthed. Normally this is done by placing a seal on the door. In this case the two ladies deployed over a hundred mercenary condottieri, thus ensuring maximum security and maximum publicity.

It was that evening, after the theatre had closed, that Ernst finally returned home and met Irmhild for the first time in over a decade. Even then it was a somewhat formal occasion. Not only had he to meet his children, but he also had to meet their spouses, and also his grandchildren, all for the first time. Indeed the entire family and close friends were seated around the table. With Ernst at the head and Irmhild at the foot, they could barely do more than wave, a little shyly, at each other.

At the end of the meal, Irmhild made her excuses and said she was going to bed. Given that it was now nearer dawn than dusk, it wasn’t an unreasonable decision on her part. Ernst said he’d say farewell to the guests and join her. It was as she prepared for bed that her doubts surfaced. Ernst was tall, muscular, his skin bronzed by constant exposure to the sun. Yes his hair was greying, but for a man of sixty he looked in remarkable condition. As she looked at herself in the mirror she felt that she had ‘let herself go.’ There’d been too much eating comfort food with grandchildren, and not enough exercise for one thing.

It was with doubts and considerable trepidation that she waited for her husband to join her in bed for the first time for fifteen years. When she heard the door open, she lay down and waited nervously. She heard him undress and then felt the bed tilt slightly as he climbed in next to her. Gently he kissed her on the cheek and whispered, “It’s good to be back.”

If you’ve enjoyed this little tale you might like ‘The Plight of the Lady Gingerlily.’ It’s like life, it’s not a romance, but there’s romance there if you know where to look for it

No good deed goes unpunished. To help make ends meet, Benor takes on a few small jobs, to find a lost husband, to vet potential suitors for two young ladies, and to find a tenant for an empty house. He began to feel that things were getting out of hand when somebody attempted to drown him

21 thoughts on “Time for Romance”

Leave a Reply to A. Nonymous Cancel reply