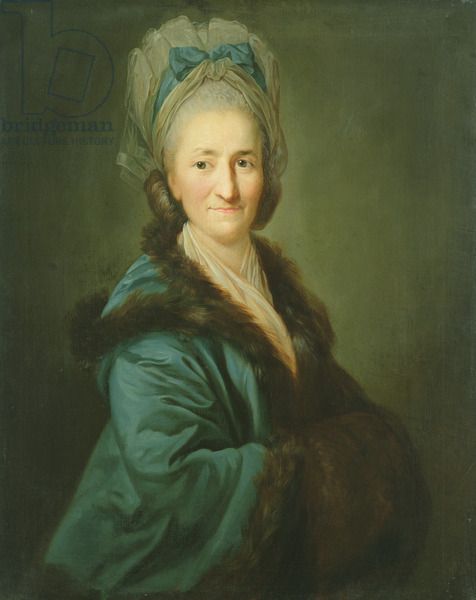 years, I have discovered more than I really want to know about the

relationship a woman has with her mother. Some of these relationships are

good. As daughter grows older she comes to recognise the mother for the wise

lady she is, and as the mother grows older she recognises the sensible woman

her daughter has become.

Some are not so good, but few have been as troublesome as the relationship

Madam Rosamie had with her mother, known universally as the Dowager. For

contempt and made no secret of the fact. What made things difficult for

Madam Rosamie was that the Dowager was always so nice to everybody else.

Now I’m not sure at what age a girl will start buying her own underclothes.

Such matters are not ones that I’ve ever thought to ask about. But even into

nether garments. These were always for a lady two or three sizes larger,

made of a cheap scratchy material, and were in the sort of colours one would

only wear under three layers of black. Rosamie was left in a quandary, she

was not somebody who would wish to casually ‘throw something out’, but these

were garments she wouldn’t have inflicted upon a scullery maid. (Even if she

had one of the appropriate size.) The drawers she finally sent to a local

stable where they used them as hay nets for their horses. The brassieres she

old enough to have left home. She maintained quite a large household because

she enjoyed entertaining. So she had more kitchen maids and downstairs maids

tempted into philandering, Madam Rosamie could hire pretty maids without any

fear of the consequences. Indeed the situation worked to her advantage as

pretty girls, realising the nature of the house, would often apply for jobs

Obviously it was something soon noticed, and at her soirees one would find

bemused ladies who were accompanied by sons and nephews, all of whom had

suddenly developed a passionate interest in the poetic art. As an aside I

might mention that several girls did make good and happy marriages.

Yet the Dowager stalked into the house, glanced round, and came to the

conclusion her daughter was running a bordello! Now I suppose people are

entitled to their own opinions. This is fair enough. But I feel that they

are not entitled to vent their opinions to the Watch. (Running an unlicensed

bordello is an offence)

Obviously the Watch had to get involved, and whilst courteous, they were

firm and needed to be convinced. The question has to be asked, whilst it is

doubtless easy enough to prove an establishment is a bordello, how exactly

does one prove it isn’t? Providing evidence that something isn’t happening

Eventually the Watch realised the difficulty they had put Madam Rosamie

under and so they agreed that one of their officers, posing as an odd job

man, would live in for a period. This seemed fair to Madam, and Watchman

Pilkin moved in to a small box room. He turned out to be a real treasure. He

was a man who could fix virtually anything, and at the end of the fortnight,

Madam Rosamie insisted on paying him for the work he’d done, even though he

was also drawing his Watch pay. The maids were so sad to see him go they had

A week later he had to move back in. The Dowager, realising her strumpet of

a daughter had cozened the Watch, proceeded to advertise her daughter’s

newssheets. Eventually she even had somebody walking ‘round the city with a

sandwich board. He would give passers-by handbills with graphic

illustrations for the illiterate.

Pilkin, now in full uniform, dealt with the situation. Initially he

courteously clarified the situation for the potential client.

5 thoughts on “Mother mine”