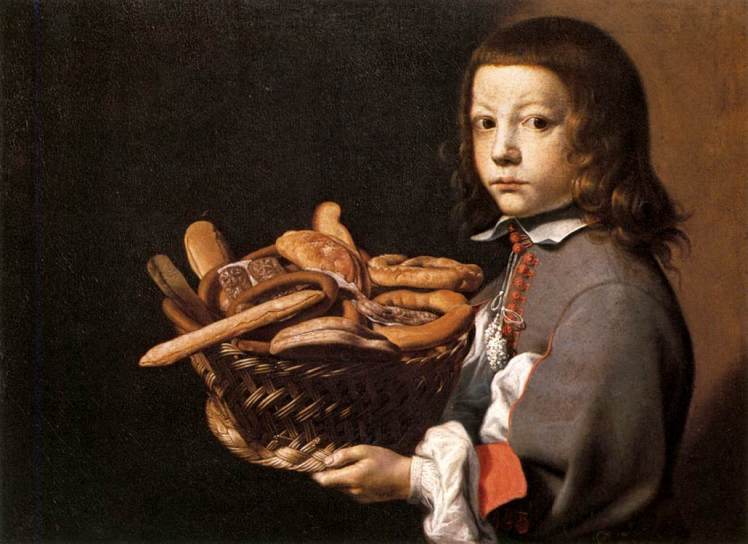 As usual I am grateful to Mutt for the way he has advanced my education. He came back to the barge one evening in a state that I can only describe as euphoric. Shena and I watched him carefully during our evening meal in case he was under the influence of some narcotic but other than being courtesy personified there were no worrying symptoms.

It was at the end of the meal that he finally told us of his news. You’ll have realised by now that Mutt has any number of younger children for whom he finds occasional employment, sometimes legitimate. More importantly he feeds them. Admittedly he feeds them through an intriguing mixture of petty theft and extortion but still, he feeds them.

Apparently, when he had provided a loaf and some cheese to one of his companions, the grateful child had replied, “You’re Gaspar reborn, you are.”

Now I suspect this means nothing to you, after all it meant nothing to Shena. But I had lived on the streets as a child and I had known Gaspar. Gaspar fed us.

So I congratulated Mutt heartily and asked if that meant he was going to start washing more regularly and spending more time with his tailor. Mutt looked a little blank at this, so I told him about the real Gaspar.

He was a year or two older than me, and had given some thought to how he was going to survive on the streets of Port Naain. It struck him that there was no shortage of scruffy, grubby, half-starved, street children. He also realised that if you fall into this category, everybody treats you with suspicion. They seem to think, (with good reason) that if they turn their back on you, you’ll make off with the contents of their purse, or their larder, or pretty much anything that isn’t too heavy to carry as you run.

At this point Mutt nodded sagely, he has made the same observation.

But Gaspar did not merely observe the phenomenon, he decided to take advantage of it. Over the next few weeks he changed his entire mode of operations. He managed to get a minor position at the Goldclaw Baths. In return for cleaning out the hair traps, (a task that demands the agility of a small child) he was allowed to sleep on some planks laid across the joists in one of the store rooms. So each night and each morning, he bathed while the facilities were not used. He also haunted the New Foundry Laundry. There he picked up clothes that were more respectable than the assortment of rags and hand-me-downs that he was wearing.

Other children, when they did this, sold the clothes they had stolen for cash. Gaspar on the other hand, wore them. He was heartened to discover that the more respectably he was dressed, the easier stealing became. Finally, with a complete outfit at his disposal, he was ready to start out on a new career.

Initially he would watch a house to discover as much as he could about those who lived there. Then when he was ready he would walk openly up to the servants’ entrance, and should any of the staff question him, he would say blithely, “Oh I’m just going to sneak up of Granny Eloise.” (Obviously you have to substitute the name of the mistress of the house at this point.) He would then leave by the front door, having secreted about his person various minor items that were unlikely to be missed, but which were easily saleable.

On other occasions he would enter via the front door and then would appear in the kitchen. If anybody thought to ask him what he was doing, he would merely comment, “Granny Eloise has said I can take some food to the poor children.”

He would then leave with a basket full of food.

As his tactics matured and he grew more successful, he discovered that he was feeding more and more children who were less gifted than he was. This he seems to have accepted as his lot, and put the most reliable of his followers to reconnaissance. They could be left to watch a house for several days whilst Gaspar was busy elsewhere.

Inevitably all good things come to an end, but in Gaspar’s case it wasn’t his victims who were his nemesis, it was his followers. Whilst not handsome, he was presentable, and almost by definition he was smart, clean and well dressed. Girls tended to notice him. Indeed there seems to have been an element of competition. Girls living on the street considered Gaspar to be theirs. Yet he was presentable enough to attract the calculating stares of girls in service. Gaspar rose above it all, he had no favourites. So if a girl flirted with him, he would flirt back. If a girl engaged him in serious conversation, he would honour her with his entire attention and discuss serious matters. For some he was the flamboyant rogue, for others the sensitive poet, and for others the chivalrous knight of their dreams. This flexibility was never going to end well. Finally one of the more serious and perceptive girls stopped him in the street and asked the simple question, “Who, actually, is the real Gaspar?”

What a question to ask anybody! She’d have done less damage if she’d hired bullies to have him beaten up and dumped off the side of the wharf. Gaspar was completely undermined. What was even worse was that word had got round about the question and everybody seemed to be expecting him to produce a convincing answer.

Finally he did the only reasonable thing he could do, he fled. He boarded one of the paddlers going upriver. Apparently he hadn’t any destination, he was running away, he wasn’t running to. He assumed that he would be discovered and set ashore, but much to his surprise he was still on board when the boat arrived at Fluance. Here he disembarked and just walked east away from the river. Darkness was falling as he reached the village of Whitewaterwheel. Here, in the main square he sat down to take stock of his life. As he did so he noticed an elderly man was watching him. Always courteous, Gaspar wished the gentleman a good evening. Taking this as an invitation the elderly gentleman introduced himself as Harrat, the fiddle maker. They chatted for a little while, and then Harrat asked Gaspar if he had any immediate plans.

Somewhat surprised, Gaspar replied, “No.”
“It’s just that I’m looking for a handy lad or lass who might fancy being an apprentice fiddle maker.”

Gaspar stood up and bowed. “I would formally like to apply for the position.”

I don’t see him every year. After all it isn’t often I go to Fluance, never mind further from the river. But if I’m passing I always try to drop in. And if I get a chance I’ll try and take him and his wife something. A bottle of nice wine, some shellfish, or even some garum.  After all, he fed me often enough.

As a reviewer commented, “I have read several of this author’s fascinating stories featuring the poet Tallis Steelyard, his wife Shena and all of his friends. I am always delighted and amazed at the quality of the writing and the accompanying artwork. I was offered the opportunity to read Flotsam and Jetsam, the very first Tallis story and literally jumped at the chance.

All of Jim Webster’s Tallis stories are set in a different era and way of life. This one is unusual in that it is a complex murder mystery.
I never knew that Tallis and his wife lived on a boat in the beginning, but Tallis has always been a poet of some renown. Shena has a dubious job, one that might get her killed one day, and if you want to know why you must read the novella.

These unusual stories are exceedingly well written, complex and full of description, strange names and places, and colloquialisms from another time.

Every one delightfully different and a joy to read…”

13 thoughts on “On the fiddle”