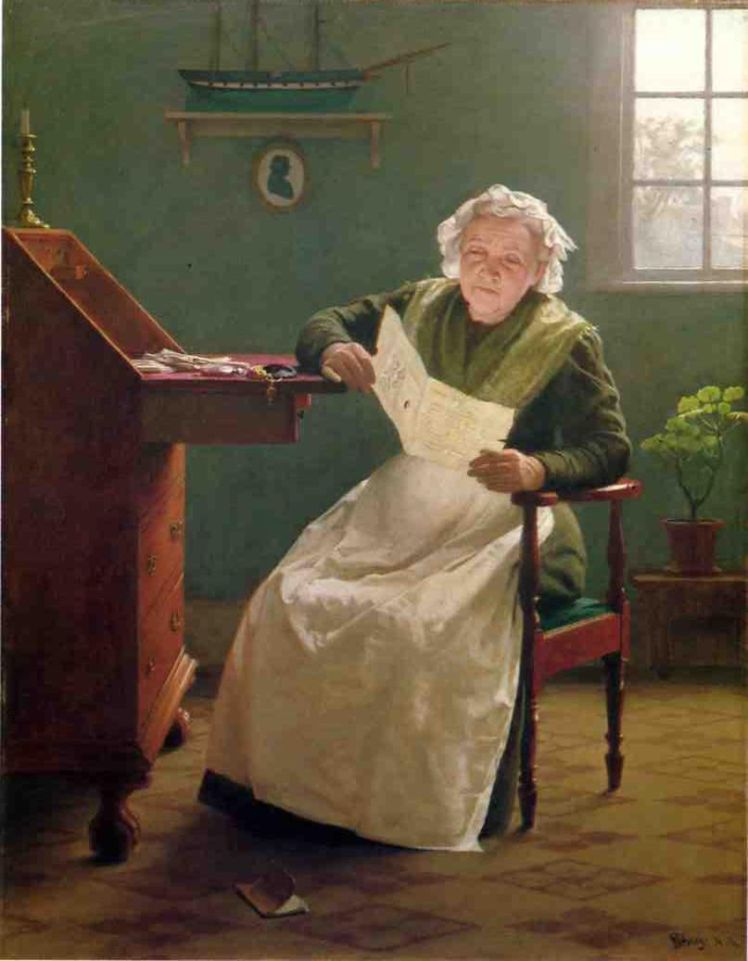 I knew Desli Barqueal reasonably well. She was somebody I would say ‘Hello’ to when passing. Occasionally I would buy a pie from her, as she was one of the city’s wandering pie-men. In point of fact, in Port Naain the pie-men don’t really wander. There are places set aside for them along the side of the roads. These have a large stone post set into the ground, and may often have an awning or even a small roof, so the pie-man can sell his or her wares from undercover. Also, it means that if you want a pie, you merely head for the nearest post. Before anybody comments; the Port Naain Guild of Pie-men and associated vendors has always admitted women to its ranks. Indeed it appears that the majority of its membership are at any given time female. Still, they have stuck with the old name, if only because it was carved deep into the posts when they were first set up and nobody can be bothered going to the expense of re-carving.

Still, as I said, Desli was a pie-man but the pies were baked by her sister Misli. The two sisters still lived with their aged mother, Bronia. There was a younger brother but he had disappeared into Partann. He was a member of one of those ephemeral and makeshift infantry companies which are raised in Port Naain, travel south and then largely disappear. Still, the family did occasionally get letters from him. Also to be fair, the letters normally included a draft upon a bank in Prae Ducis, and this money helped to tide them over.

The family’s straitened circumstances were partially due to the ill health of the mother. It was a rare month that went by without another doctor’s bill. For the last few years she had been virtually blind and bedridden. But Misli also had problems. Her legs had never really worked properly. She cooked all the pies from a sitting position and would shuffle backwards and forwards along a long bench when she needed to put the pies in the oven and take them out again. The one healthy member of the family was Desli. Even she was to some extent handicapped by family issues. Whilst she had her admirers, each was very firmly told that if they wanted to marry her, they would have to take on responsibility for her mother and sister as well. So Desli was courted, if only tentatively, by a number of admirers. The consensus seemed to be that the wise admirer would wait for old Bronia to pass away before popping the question. Desli and Misli working together were at least an economic asset. In case this sounds overly cynical on their part, in their defence it must be said that the admirers were ordinary working men of limited means. They were not gentlemen of leisure. Still it was not unknown for them to drop round occasionally with ‘a little something nice for your mother.’ This ‘something nice’ could range from some horrocks broth through to a bottle of tonic wine.

But eventually the inevitable happened and Bronia died. It was then that Desli sent a note asking Shena and me to visit her and her sister. There, over a supper that was centred upon some of Misli’s finest pies, Desli produced a bundle of papers. These, she explained, had been her mother’s, and she wondered if I could do something with them. As I flicked through, it was obvious that Bronia was one of those ladies who had been taught, in her youth, to write with a very formal hand. Not only that, but over the years since, she had written comparatively little so had kept that elegant style until blindness and ill-health had made her lay her pen down for the last time. On closer inspection it appeared that over a considerable period of years, she had written a collection of children’s stories. I promised to read them and to see what I could do.

Next day was wet and whilst I still had a lot to do, I had a free hour in the morning. Thus I could afford to give that time to the manuscript. The stories were set in a minor netherworld. It was obviously not one of the less pleasant hells, and the characters were minor imps and demons. Given that Bronia was a lady who had lived in Port Naain all her life, the hell she chronicled was a large dark city. Reading through the stories I could see the old lady had displayed true mastery of her genre. The stories were such as would amuse children. But there was a depth and subtlety to them which meant that the adult reading the story would also enjoy them. Indeed she had been clever enough to ensure that both the child and the adult would laugh at the same time. By the time I had read through half the material I realised I had vastly more than enough for a book.

I did the obvious thing, after a hasty lunch consisting mainly of coffee, I bundled up the first half of the stories and on my way to my patron’s I dropped into Glicken’s Printers. I showed them what I had found, indeed I let them look at the manuscript. Like me they thought it was worth printing. Indeed when I explained the reduced circumstances of the family, they decided they would print it without expecting a contribution from the author. When it was printed, under the unimaginative title of ‘Trite tales for little people,’ I took a couple of copies with me to show patrons. Given that a lot of them were grandmothers, or soon hoped to be, they too showed considerable interest and on the strength of this interest I managed to sell quite a few. (It is a source of constant wonder to me that I can successfully sell anybody’s works but my own.) All in all, I felt I had done my bit for Desli and Misli and thought no more about it.

Imagine my surprise when, perhaps eighteen months later, I saw this self-same book of children’s stories discussed in The Port Naain Literary Review.

As I read the article I wondered if it was a burlesque, a parody, written to mock the writing of some third party. Apparently the stories were, and here I quote, ‘A searing critique of the moral standards of leading figures here in Port Naain.’ The author of the article even went to the lengths of showing how each happy little imp or frolicking minor demon was obviously based on somebody who was influential within the city. I shook my head in bemusement at this. I assumed that this article was a joke and as I was not one of the inner circle, I didn’t understand it. After wracking my brains over what the author was trying to prove, I metaphorically shrugged and moved on to read the next article.

But I wasn’t the only person who read the article and pondered. When I was next in Glicken’s Printers they mentioned they’d had to do another printing as there had been an increase in sales. Then at one or two of the functions I attended, I was present as people discussed the book, arguing fiercely over which character represented which person. Indeed I soon saw articles in various places where the writers were pointing out how the delightful antics of the imp, Pugglewood, matched exactly the latest machinations of Radsel Oeltang, chair of the Council of Sinecurists. Indeed it was claimed that his latest schemes were examined in forensic detail in one of the stories.

At this point I genuinely did wonder what was going on. I went to my copy of ‘Trite tales for little people,’ and read it again.   The printers had merely printed them in the order they’d appeared in the pile. I even checked the original handwritten sheets. The story that had been seen as a comment on the antics of a current politician had been written thirty or more years ago. Either Bronia had been a prophetess, (in which case was it worth combing her work for the names of racehorses?) or people were reading far more into the work than was there. I even visited her daughters, but they assured me that their mother had not touched a pen in the last five years of her life.

Still I was getting nervous. When one irate Sinecurist read out one of the stories at a council meeting, to ensure that the whole council knew what his opponent was planning, it struck me that things had gone too far. When a number of the council took to addressing Radsel Oeltang as ‘Pugglewood,’ I grew nervous. After all, Bronia was safely dead and Desli and Misli were unknowns. But if asked I had no doubt that Glicken’s Printers would mention my part in the process.

It was the following evening. I was at the Misanthropes and was merely at table with friends. The conversation was centred on my forthcoming trip to Slipshade. We had just finished dining, (but fortunately had not yet been presented with the bill) when a group of comparatively anonymous thugs burst into the room demanding to ‘speak’ to one Steelyard. Lancet as ever rose to the occasion. He stood up and shouted to those sitting by the door, “Run Tallis, run.”

Obvious the bullies turned back to the door and prepared to intercept a fleeing poet. I silently left my seat, stepped behind the bar, and the barman lifted the trapdoor he normally stands on. I climbed as quietly as I could down the ladder, and the barman resumed his usual place on top of the trapdoor. The ladder led me down into the upper cellar, and the cellar-man opened the loading door onto the back street. From here I walked briskly to the Partann wharf and boarded steam packet, the Unrivalled. Well, we were due to leave on the next morning’s tide anyway.

And today we’re with Colleen at

so click on the link to see the rest