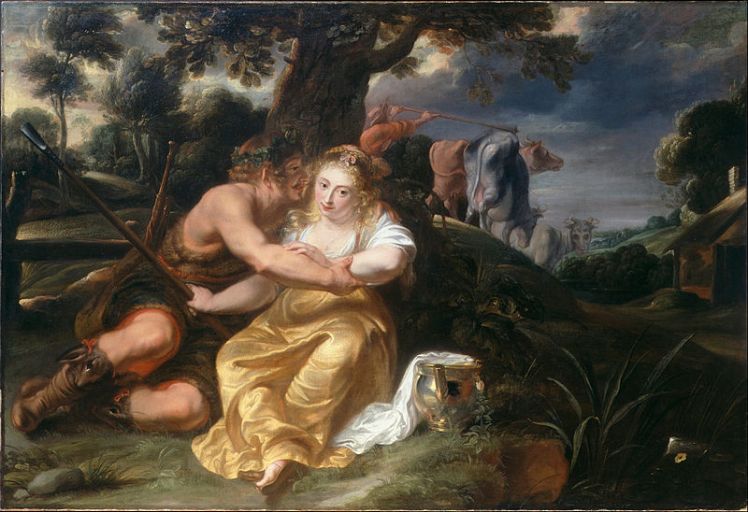 Never let it be said that I do not have a wide circle of acquaintance. There are times when I cannot walk across Port Naain without being accosted by persons of all walks of life, (only a small minority of them creditors, bailiffs, or similar riffraff). It seems that my proud boast that a great poet can rub shoulders with all levels of society is actually true. Who would have credited it?
But as a city, Port Naain itself is willing to accept people on their own evaluation. Anybody with money to spend, be they a free-spending brigand from Uttermost Partann, a pirate or a tax official, will be made most welcome. Indeed even an indentured labourer who has, with the stroke of either a pen or an axe, paid off his or her indenture and earned for themselves the contents of their employer’s strong-box, will find a high place in society, at least until the money runs out.

But I do know any number of folk who are now most respectable, yet when they started out they risked the gallows merely by walking abroad in daylight. Take, for example, Nithan Crud. He and his wife, Acantha, are now respectable provision merchants. Their sons and daughters have married into some of the best families. Yet I can remember them when their status was far less exalted.

When I first met them they were newly married. He was a drover of sorts, and she was the daughter of a highwayman. Admittedly she had never met her father, but then her mother only met him once or twice so what chance did the daughter have of striking up a meaningful relationship with her absent parent?

Droving pays badly to be honest. You collect horrocks or other livestock somewhere in Partann and walk them north to Port Naain. You are given a chit with the date on when you collect the livestock, and once at Port Naain you’re met by the owner’s factor who pays you. Often they will deduct money if you’ve taken more than a predetermined length of time. Some drovers will make a little money on the side. They’ll perhaps buy a few things that they can sell in the city. Often they’ll take orders for things to bring back from Port Naain. Occasionally if you know somebody else who also wants livestock moving, then you can fit both jobs in at once. But leave your spare livestock with a friend outside the city, or the owner’s factor will dock your pay on the assumption that the other owner is paying you as well.

Once married, Acantha would travel with Nithan. If you’re the wife of a drover and want to spend any time with him, it’s probably the only option you have. Given there was two of them, they did slightly better because they could handle larger numbers of livestock. But still, they were earning little more than a bare living.

Then Acantha had an idea. What if they acquired extra animals and sold them in Port Naain? This was a (metaphorical) road that many drovers took, but unfortunately for the family Crud, it demanded ‘start-up capital.’
Now this could have been a serious barrier to progress, but then Acantha asked, “What if we just find horrocks that are straying or have no obvious owner?” To which Nithan added the obvious corollary, “What if the owners aren’t the sort who look after their stock properly?”

So a scheme was hatched. Next time they were in Port Naain, rather than just going back south to find another landowner needing a drover, they took a route Nithan had not used often. Thus they weren’t known in the area. As they travelled they cast a professional eye over the scene. It was obvious that there were any number of livestock owners who allowed their horrocks to roam comparatively freely, with perhaps one person watching over them. Thus they put their plan into operation. Acantha would introduce herself to the guardian of the horrocks, and explain that she was unused to travelling on her own and had thus got lost. She would ask for directions and gratefully would ply her rescuer with drink from a large cup she carried. Whilst this tactic was not without its risks, it must be confessed that the amount of poppy syrup she had stirred into the wine meant that she could normally keep the wandering hands of the man she was flirting with under control until he fell asleep.
During this time, Nithan would quietly and efficiently move the horrocks off and Acantha would join him. They would then head to the next victim they had marked out and Acantha would repeat the process. As I said, it was not a scheme without risks, but there was one they had not foreseen. Courtesy and the rules of hospitality dictated that Acantha would also drink out of her cup. Obviously she drank far less than the gentleman she was toying with, but still, she had to drink. Now on the first occasion this was not an issue. Even on the second occasion the effects were nominal. But they did serve to perhaps lower her guard, so that on the fourth occasion, Nithan was a little worried when she didn’t join him. So leaving his small herd he walked back to find her fast asleep in the arms of the herdsman. He gently extracted her, replacing her with a piece of log wrapped in the herdsman’s trousers. Because he couldn’t wake her, he carried her to their herd, laid her over the back of a horrocks, and set off back to Port Naain.

Other than that, the scheme worked well. As a drover, Nithan knew who was buying and who was looking for what, so he disposed of the animals at good prices. But as he and Acantha counted their money, it occurred to both of them that they could not repeat this trick without people becoming suspicious. Even if they drew their livestock from a different area, they would still be dealing with the same buyers. These people, knowing the industry, would soon be asking difficult and embarrassing questions, such as, “And where exactly are you getting these horrocks from?” Obviously if the price was right, then the buyers could soon forget to ask these questions, but at that sort of price, was the scheme worth pursuing?
They decided that they would go back to droving. At least now they had some capital to deal livestock on their own behalf. Yet as they went into Baggle’s Provisions to stock up for their journey south, they fell into conversation with Old Man Baggle himself. He commented on his age and the fact that he should be able to put his feet up at his time of life. Nithan said sadly that the life of a drover was fine for a young man, but as you got older, sleeping on the hard ground lost its savour. There thus followed a carefully worded but circuitous conversation which ended up with the family Crud buying into Baggle’s Provisions. The old man himself would stay on to teach them the ropes and to help them get established before he slowly took more and more of a backseat.

Thus and so, Baggle’s Provisions got new owners. Nithan and Acantha kept the name, feeling that adding Crud to the firm’s name did nothing positive towards the corporate image and might even give occasion for levity on the part of the small-minded.

It has to be said, they never forgot their past. If herdsmen from a certain area came in, Acantha would find an excuse to nip out to powder her nose. But given the amount of poppy syrup she’d used at the time, the chances of anybody remembering her were limited.
Also the couple never lost their common touch. Even as they rose in society they never lost their taste for good plain food. Indeed I was master of ceremonies at one quite grand party when Acantha sidled up to me and whispered, “Tallis lad, you couldn’t get me some porter in a wine glass please. There’s nowt but sweet wine and it brings back too many memories if I drink that.

Now it so happens that my good friend, (if I must call him that) has just published a book and appears to expect me to promote it for him!

The fourth of these collections of anecdotes, rants, pious maunderings and general observations on life. Yes we have dogs, quads, sheep and cattle, but in this one we follow the ‘lambing year.’ It starts with ewes being put to the tup in late autumn and finishes in summer with the last of the laggards lambing.
But as well as this we have endless rain, as well as sleeping in a manger. Be brave and you’ll meet young ladies in high heeled cowboy boots, Sir John Moore of Corunna, brassieres for cows, and, incidentally, David Essex.

As a reviewer has commented, “This book charts a year in the life of a Cumbrian sheep farmer. It’s sprinkled with anecdotes and memories of other years. Some parts (especially when featuring Sal, the Border Collie) were so funny as to cause me to have to read them out loud to my husband. It’s very interesting to read these things from the pen of the man who is actually out there doing it – usually in the rain! A very good read.”

10 thoughts on “A little light rustling”