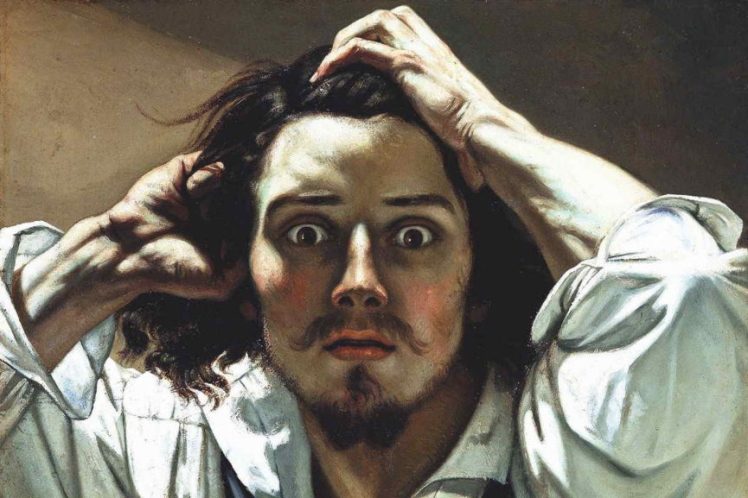 Andeal Willnoton Quillabin is an artist; a painter admittedly but still an artist. Purely between ourselves, he’s rather a good one. If you look at one of his paintings, you’ll almost certainly recognise what it is he’s trying to depict. The issue is he seems beset with problems and a few of us who regard him as a friend felt we ought to help out.

Some of the problems are a little esoteric. When you see his paintings he doesn’t just paint in one style. Apparently with painters this is important. Frankly as a poet I find it ridiculous. Imagine if I was to be restricted to the sonnet form. Folk would doubtless say, “Why I go to young Steelyard for all my sonnets.” But to be trapped into the fourteen line form, never to extemporise free verse! Surely it must be a nightmare for a painter, having to remain enmeshed forever within the cloying conventions of one style!

That being said I must confess that the poetry world is not without pedants. I remember well the outrage when I produced a collection of sonnets which had anything from eleven to eighteen lines! One would have thought I advocated an anthropophagic diet, or practicing polyandry, (whether serial or simultaneous), rather than merely showing that an artist has a duty to toy with arbitrary forms.

Yet as I was saying, for an artist, Andeal’s inability to stick consistently to one style weighed against him. None of the galleries would hang his work, pointing out that they might sell a picture by him of an excessively quaint thatched cottage, only to discover the next painting he delivered was a scene of civic carnage, painted in strong colours, suitable only for hanging on the wall of a municipal house of correction.

We as his friends did recommend his work to patrons, ensuring that they saw a sample that we thought they’d like. So he got some sales but nowhere near as many as his talent warranted. Still these sales allowed him to rent a squalid flat in Chatts Tenement. This is one of the great many-storied brick buildings that form the Warrens. Andeal had a suite of two rooms on the tenth floor. At this altitude you have the advantage that when you empty your chamber pot out of the window you have some chance of recognising your victim should they be well known to you. On the other hand by the time the victim realises what is happening, yours is just another anonymous window so they’re not sure who is to blame. Mind you at that range it does take uncommon skill to hit the correct target every time, but as in all things, practice makes perfect.

I mentioned that his suite had two rooms. Initially it had three but he’d removed the internal wall that seemed to bear the least load. Thus you entered through a small kitchen and bedroom. He claimed having the stove next to his bed was to his advantage in winter, as there was no longer glass in the window. Whilst the much patched shutter stopped most of the rain or snow, it didn’t really do much to prevent the wind. The focus of his suite was the second room. It was his studio; it took up over half the flat and was blessed with north light.

Now the flat wasn’t, of itself, a problem, indeed for his other problem it was almost a solution. Andreal’s other problem was his habit of somehow becoming engaged to charming young ladies, often several simultaneously. To the best of my knowledge he had never yet gone so far as to propose to any of these persons. In most cases I don’t believe that he had even presumed upon his assumed status as fiancé. Few if any of them were willing to climb ten flights of stairs to visit him and even fewer were willing to contemplate anything other than a chaste kiss in his icy bedroom. So in all candour for these young ladies it can be assumed that their dreams of impending matrimony were not shared by their intended spouse.

One father, intent on horsewhipping Andreal for leading his daughter astray, abandoned the idea when faced with the young man’s honest assertion that he’d only met the girl twice and both times in a public place. Just why these ladies felt that they were in some way engaged to him was beyond us. It may be that Andreal’s use of terms of endearment was perhaps overly affectionate? He might even be said to exude natural charm. Some people claimed to find him empathetic and were sure he understood them. In the end we all decided that it was just a force of nature that none of us could understand and was probably beyond our control. Still, a wise man did not leave Andreal alone with unmarried ladies under the age of eighty, for fear of coming back and finding them weeping on his shoulder or snuggling up to him whilst bestowing upon him adoring glances.

Indeed if there were to be a lady in Andreal’s life, it would be Morri, who played the role of muse, model, and assistant. She obviously regarded him with affection, but had specifically stated that she would not regard anything he said to her as a proposal until he was in possession of a house. She was not too bothered about the size, but she said she hoped it would be in a reasonable area, but she was obdurate when it came to details such as having glass in the windows.

Thus in an attempt to facilitate this, his friends, over a glass or two of wine, pondered various schemes to help him. Finally in a moment of genius we decided he would hold his own exhibition. We hired the old dried grape and carpet warehouse which serves as a hall for the Society of Minor Poets, and proceeded to hang his paintings there. To encourage passers-by and to provide both security and spectacle, I promised I would be present and tell the story behind each of the pictures from an exhibition.

Thus the rest of these posts are the stories behind the pictures. For the next story go to

As an aside, Tallis Steelyard and Jim Webster proudly present

Tallis Steelyard. The Festival, and other stories.

As a reviewer commented, “Always entertaining. Reading Tallis Steelyard is like getting a letter from a friend who has moved to a foreign country and comments on the foibles of the local people. Jim has the ability to draw you into his world to be entertained and illuminated by another culture.”

11 thoughts on “Self portrait of the artist.”